Let’s talk about some {small-batch} easy apple butter that you can make in your Crock-Pot! 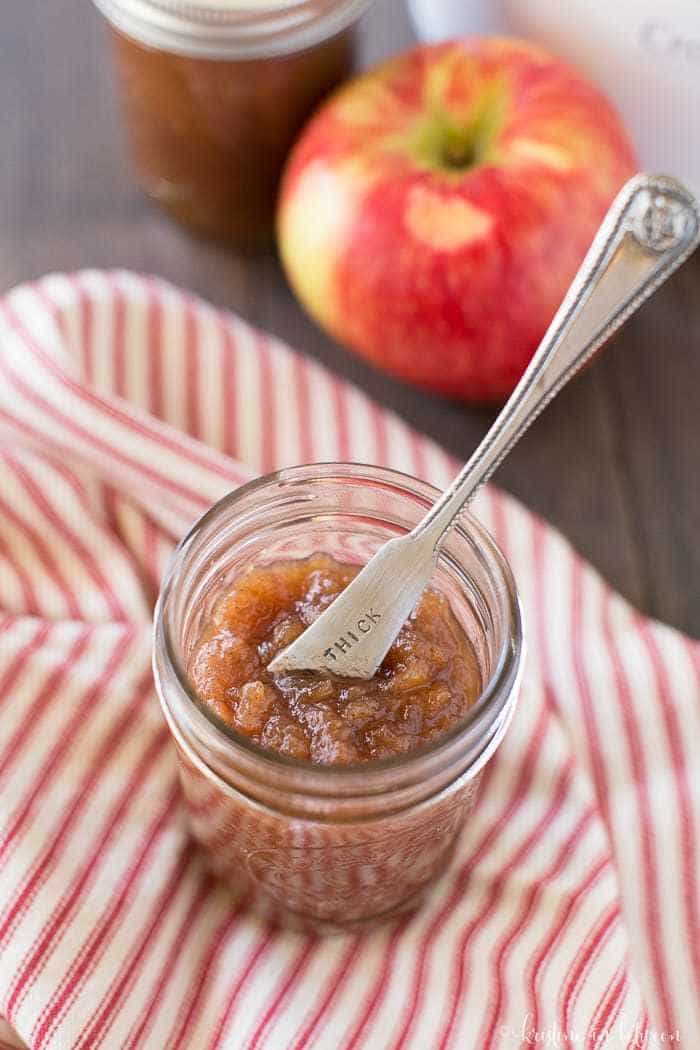 I’m going to tell you something, I’ve never had apple butter. I’ve heard of it and seen it around Pinterest, but I didn’t even really know what it was (until yesterday that is).

One night I asked Jay about it and he, being from Oklahoma, knew exactly what I was talking about! He said his grandma used to have it and he would eat it on toast. His exact words were “it’s good.” He’s not always a man of many words, obviously. 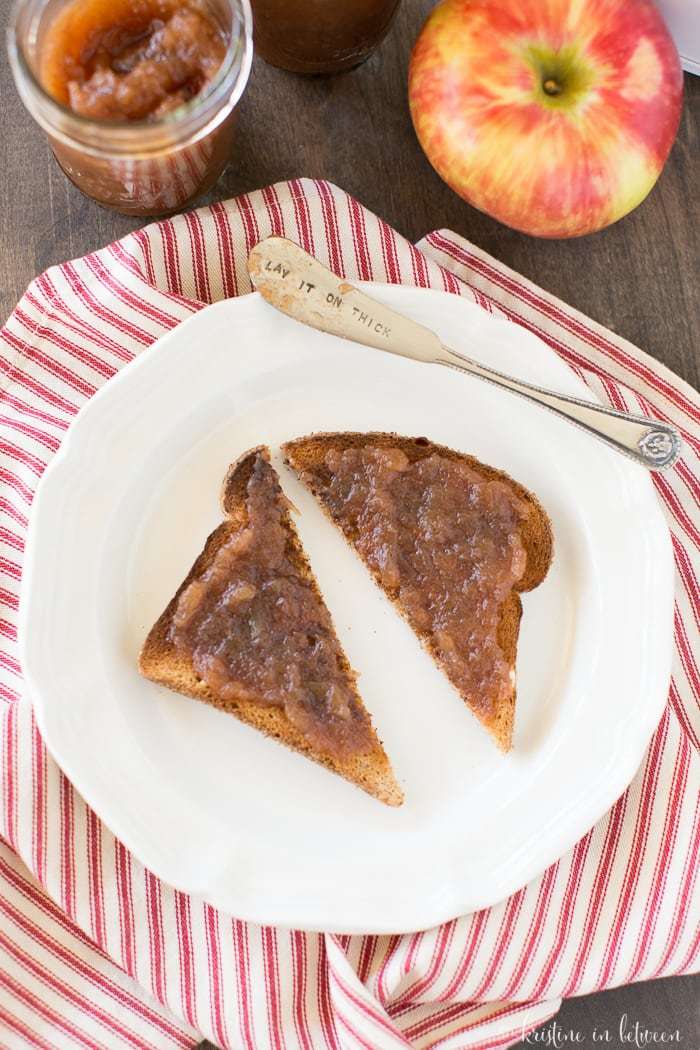 Anyway, I was curious about what this apple butter was all about, so I conducted some serious research. Seemed simple enough. I’ve made my own applesauce hundreds of times, so how hard could a little apple butter be? The answer is not hard, not hard at all! In fact, it was so easy I titled the recipe easy apple butter!

And true to me, I even made the recipe small-batch, so it only makes two half-pint jars full! You won’t be overrun with apple butter, unless you want to be and in that case, just double or even triple the recipe! And remember, it’s almost the holidays and this would make a great homemade gift! 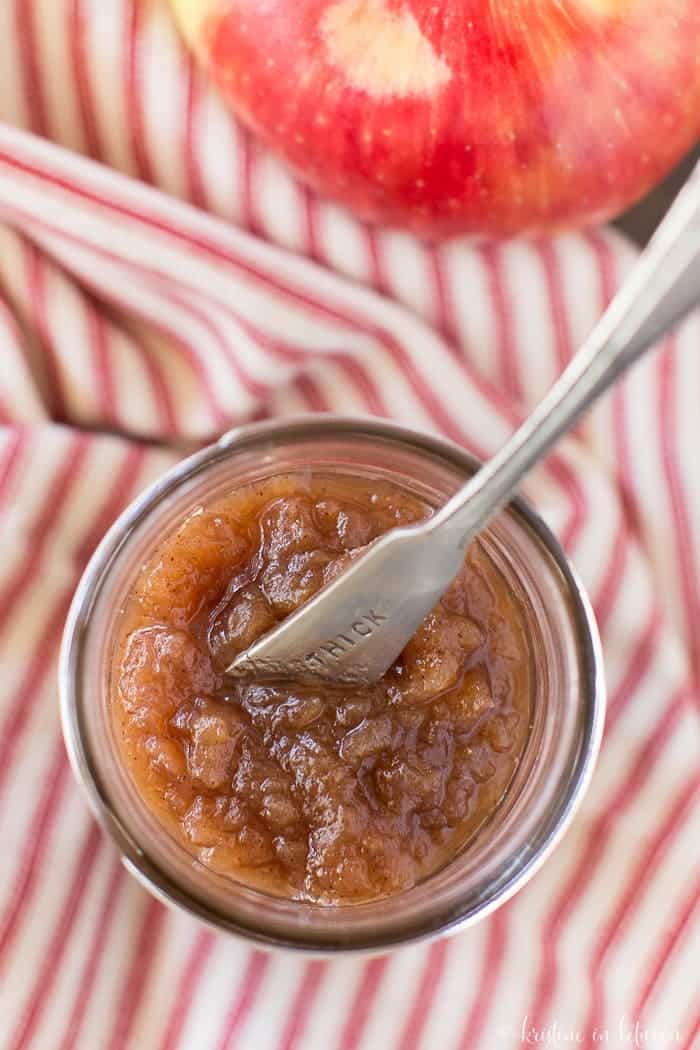 Now that I am professional apple butter maker (haha, because that’s totally a thing), I’m hooked! I eat it on toast in the morning and also on top of my yogurt and granola, it’s so delicious! It took me two days of asking, but I finally got Mad to try it and now she has had this easy apple butter on a piece of toast every single day this week!

If you’re like me and you’ve never tried apple butter or if you’re more like Jay and you’ve been eating since childhood, I promise, you’ll fall in love with this easy apple butter recipe! 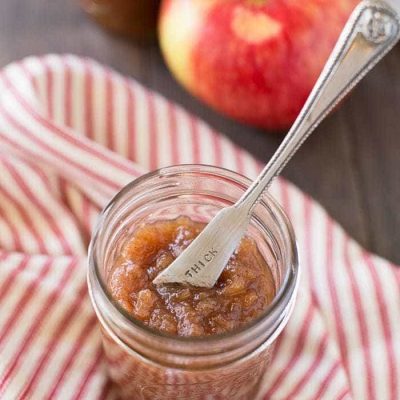 You’ll Love These Posts Too 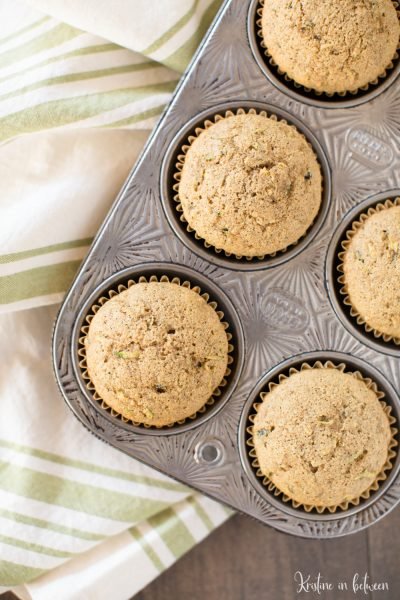 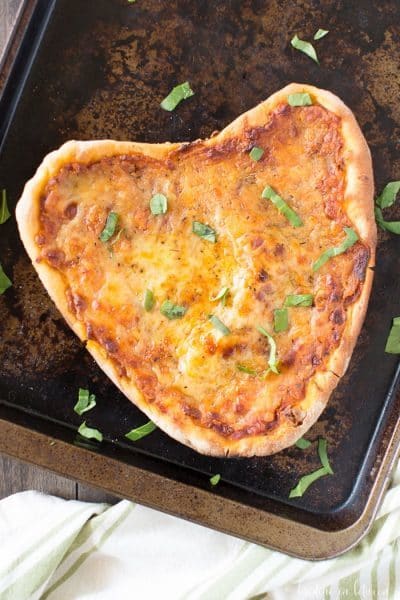 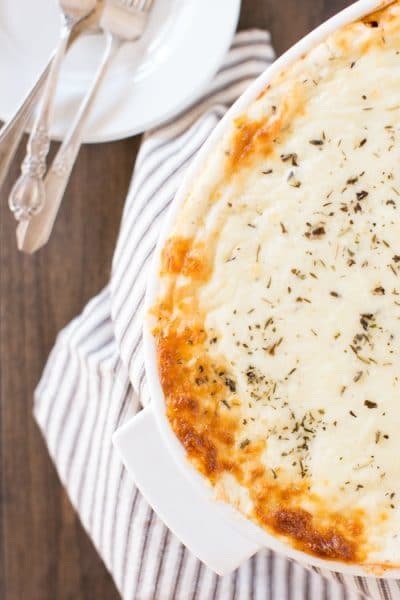 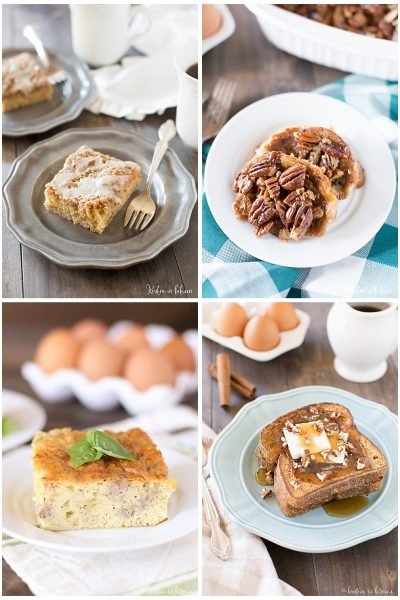 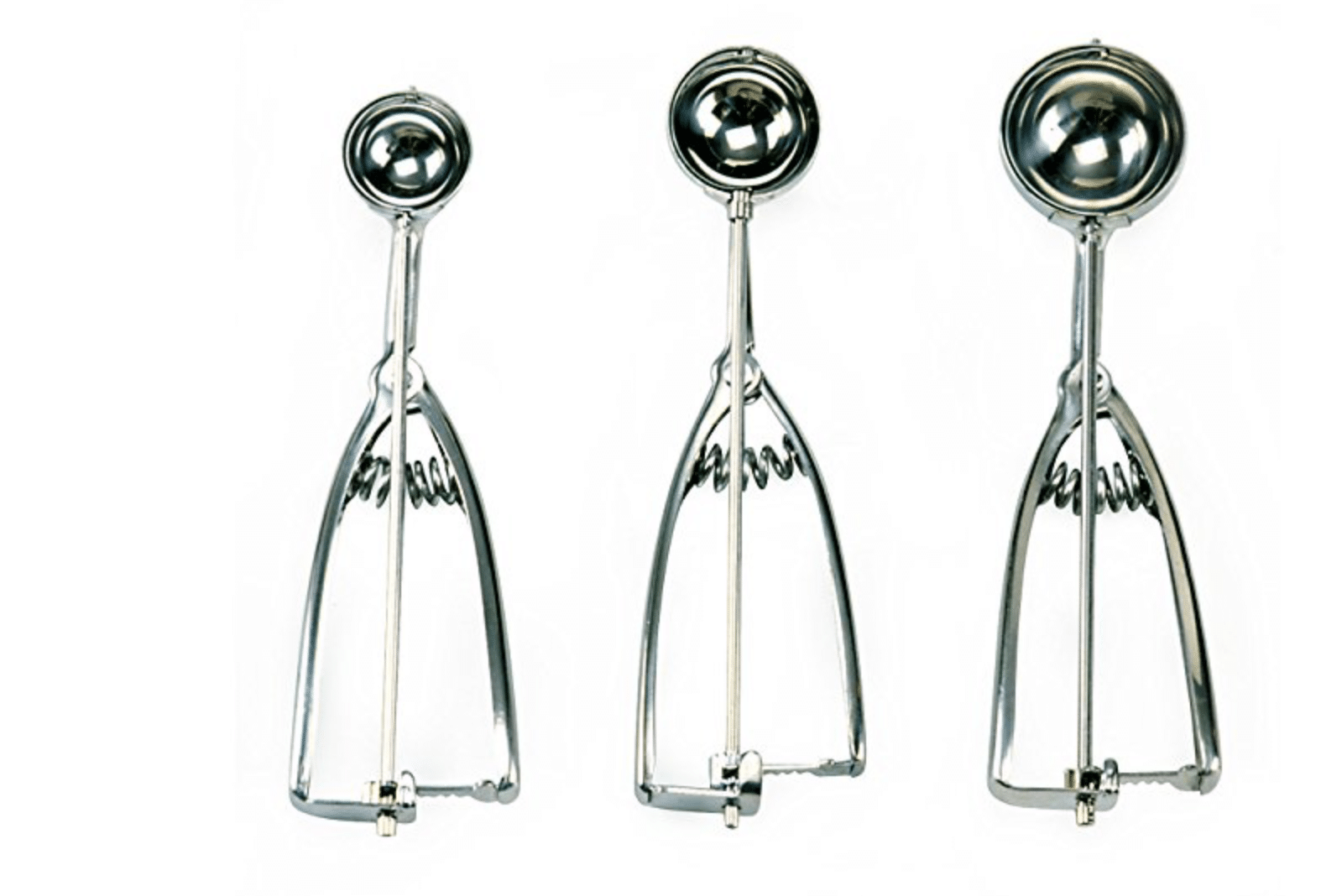 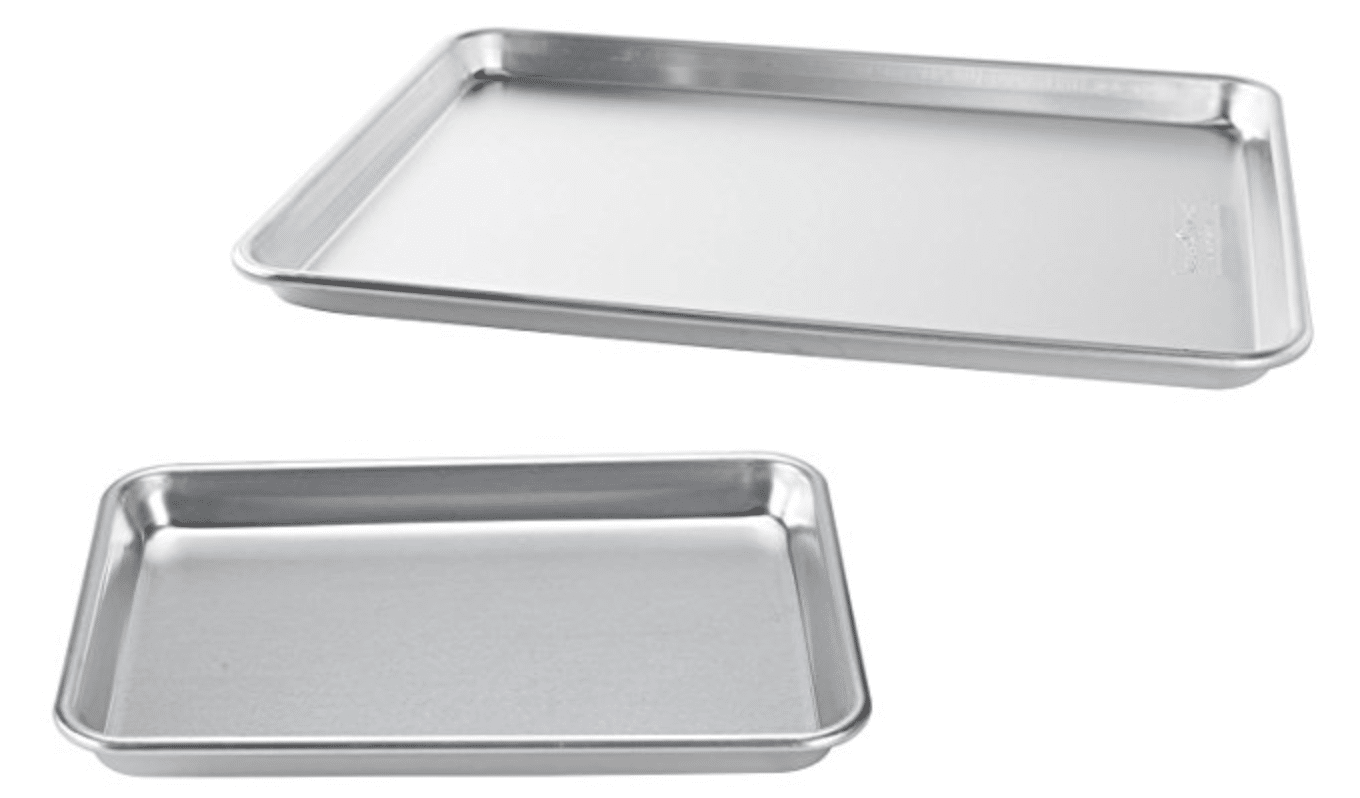 Hi there, Iâ€™m Kristine! Cookie baker, picture taker, sharer of all my passions. I retired from Medical Transcription after 20 years to run this blog full-time. I live in Arizona with my husband and our two grown girls. Learn Moreâ€¦ 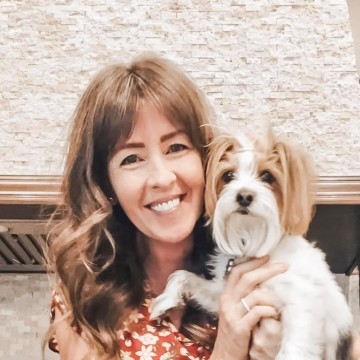 Iâ€™m Kristine and welcome to Kristine in between, a food & lifestyle blog where I write about cookies, and Christmas trees, and everything in between. Learn Moreâ€¦ 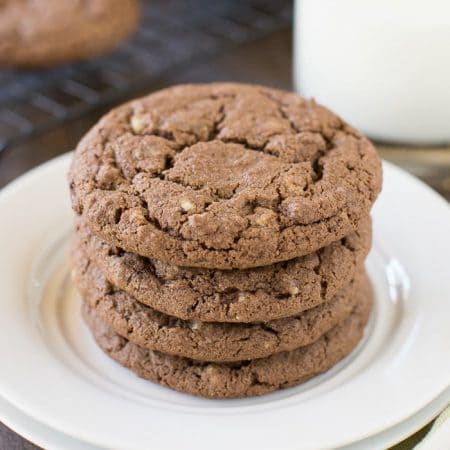 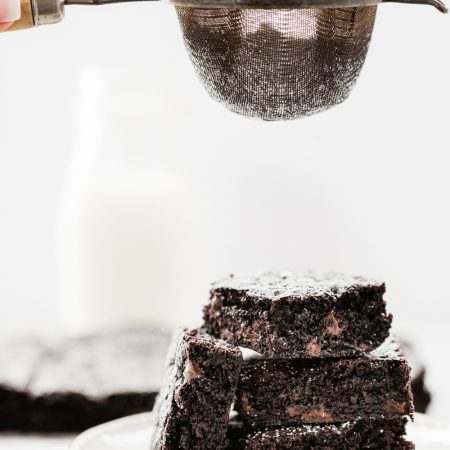 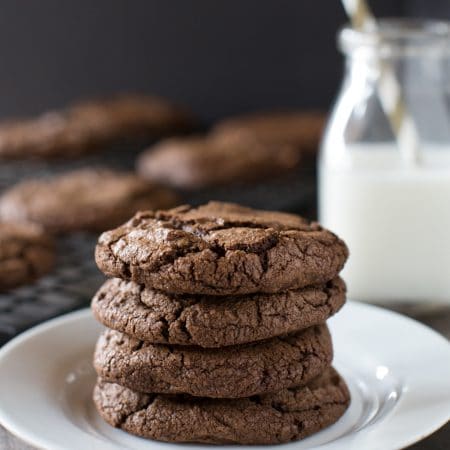 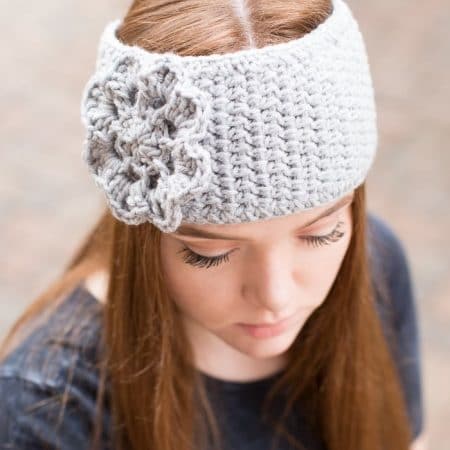 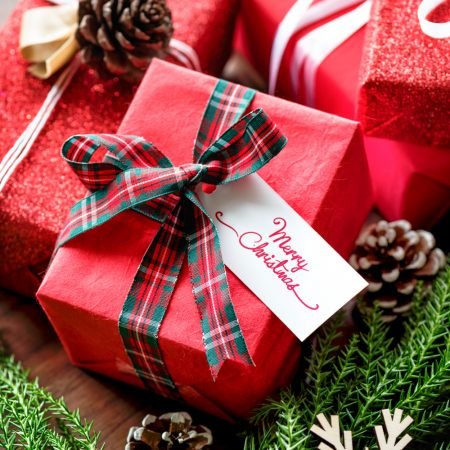 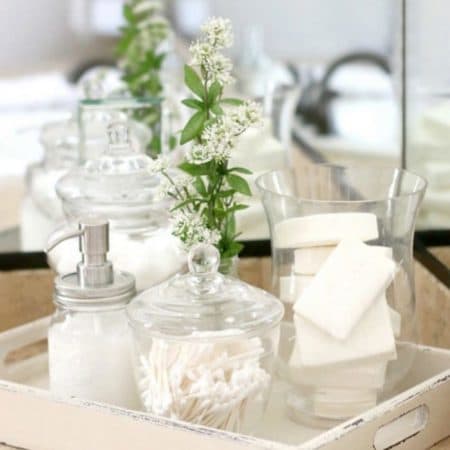 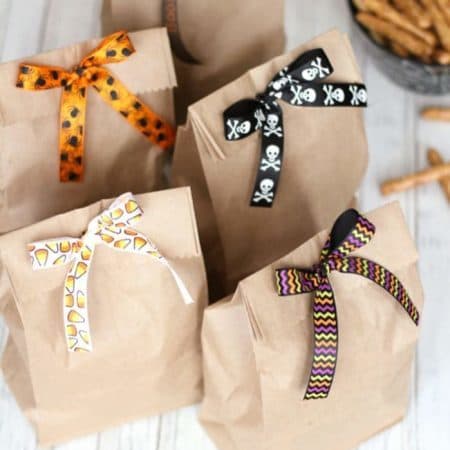